Business Tax Breaks: Impact on Earnings
and the Economy

The Tax Cuts and Jobs Act, a $1.5 trillion tax cut package, was signed into law on December 22, 2017. The following changes are intended to put the tax treatment of U.S. businesses on more equal footing with their global competitors and to spur business investment in the United States that could drive up economic growth.

Instead of the previous graduated corporate tax structure with four rate brackets (15%, 25%, 34%, and 35%), the new legislation establishes a flat corporate rate of 21% and repeals the corporate alternative minimum tax (AMT). These rates are permanent and take effect in tax year 2018.

Cutting corporate taxes should help many businesses grow their earnings, but not all companies and industries will benefit to the same extent. That's because businesses use deductions and expenses to reduce their tax bills, and their effective tax rates vary significantly. 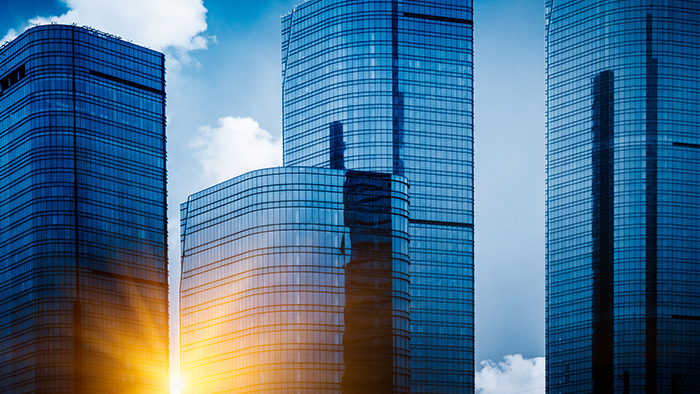 Under previous corporate tax rules, U.S. companies were taxed on worldwide profits, with a credit available for foreign taxes paid. If a U.S. corporation earned profit through a foreign subsidiary, however, no U.S. tax was typically due until the earnings were returned to the United States. This system contributed to some domestic corporations moving production overseas, and incentivized multinationals to keep profits worth roughly $2.5 trillion outside the United States.1

The new corporate tax law shifts to a more territorial approach in which qualifying dividends from foreign subsidiaries are effectively exempt from U.S. tax. However, companies must pay U.S. tax on prior-year foreign earnings that have accumulated in foreign subsidiaries since 1986. Deferred income held as cash will be immediately taxed at a 15.5% tax rate; real estate and other nonliquid assets will be taxed at 8%.

After the one-time deemed repatriation payment is made, foreign earnings can be brought back to the United States with no additional tax liability.

About 95% of U.S. businesses are pass-through companies that do not pay taxes at corporate rates. Profits flow to the owners, who report the net income on their individual income tax returns and pay tax at individual rates.2 Individual rates were also reduced, but only for tax years 2018 through 2025, and to a lesser degree than corporate rates.

When taxable income exceeds $157,500 ($315,000 for joint filers), the deduction may be limited or eliminated altogether. For example, high-earning professionals in fields including health, law, accounting, actuarial science, performing arts, consulting, athletics, and financial services are generally not allowed to take the deduction.

Like other tax law provisions affecting individual taxpayers, this deduction is scheduled to expire after 2025.

Section 179. Small businesses may elect to immediately expense the cost of certain short-lived capital investments ("qualified property") rather than recover costs over time through depreciation deductions. The new law increased the maximum amount that can be expensed in 2018 from $520,000 to $1,000,000, and the threshold at which the maximum deduction begins to phase out from $2,070,000 to $2,500,000. After 2018, both amounts will be adjusted annually for inflation. The range of property eligible for expensing has been expanded.

Companies may use their tax savings to reduce debt, make capital investments, acquire other companies, pay dividends to investors, or buy back shares. Capital spending has the power to influence economic growth more directly, so any future benefits might depend on how much of the tax windfall is reinvested. U.S. corporations may be in a stronger position to pursue growth opportunities and spend capital in ways that drive up productivity, create more jobs, and raise wages.

Thus, the tax bill has the potential to provide a moderate economic boost, at least in the short run. The Tax Foundation projects that the reforms will add about 0.3% to annual gross domestic product growth over the next decade; Moody's Investors Service estimates a modest increase of 0.1% to 0.2%.3–4 Some economists are less confident in the bill's longer-term economic effects, partly because the Federal Reserve could decide to raise interest rates more quickly if inflation heats up, putting the brakes on growth.5