A widely cited University of Oxford study concluded that 47% of U.S. jobs could be automated (i.e., performed by machines) within a decade or two. It may seem unthinkable that about 80 million jobs could be at risk, but this startling prediction isn’t just science fiction.1

As artificial intelligence is combined with robots, sensors, and other advanced technologies, modern society is becoming automated in ways that were once unimaginable. Fleets of driverless vehicles are hitting the roads sooner than many people expected, and computerized kiosks already check in airline passengers and take orders at fast-food restaurants.

In the near term, many advanced technologies still cost more than low-skilled and medium-skilled employees. However, the shift to automation is likely to pick up speed as those costs drop and labor costs rise.

The ways in which advanced technologies might affect labor markets was a focus of the recent 2017 World Economic Forum (WEF) in Davos, Switzerland, where the world’s top economists and business leaders meet annually to discuss global challenges and how to solve them.2 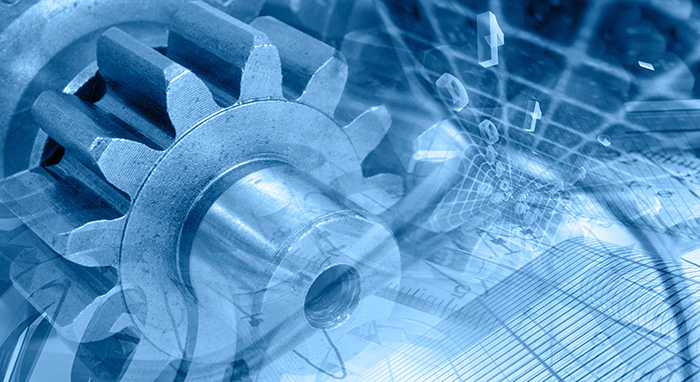 A 2016 WEF report titled “The Future of Jobs” proposed that the world is “on the cusp of a Fourth Industrial Revolution.” In a survey of leading global employers, executives were asked to project the size of their workforces in 2020. Collectively, they concluded that technological change could contribute to a net loss of about 5 million jobs, or 38% of the 13 million jobs on their payrolls. About two-thirds of the 7 million jobs to be shed are expected to be administrative and office jobs, while 2 million jobs will be gained in computer, math, and engineering fields. The survey covered employers in 13 major economies including Australia, Brazil, China, France, Germany, India, Italy, Japan, Mexico, South Africa, Turkey, the U.K., and the United States.3

In fact, many U.S. factory workers have already been displaced, and technology may be partly to blame for widening inequality that has been noted in many advanced economies.4

A McKinsey Global Institute analysis estimated that automation has the potential to boost global productivity growth by 0.8% to 1.4% annually.5 In the U.S. market, about 45% of 2,000 distinct work activities can be automated with current technologies, but only 5% of occupations can be fully automated. Even so, most occupations have the potential to be partially automated. This suggests that investment in technology could change work processes and require many roles to be redefined — not just for low- and middle-wage workers.6

Routine physical tasks in structured environments are easiest to automate, as well as data collection and processing. These types of activities are most common in the manufacturing, retail, and food service industries.7

Many activities performed by people in the highest-paid occupations — including physicians, lawyers, and senior executives — can also be automated. In some cases, technology could greatly enhance human capabilities and free up time for more critical tasks of higher value and expertise. On the other hand, only a few activities performed by people in some lower-wage occupations — such as landscapers, home-health aides, and maintenance workers — could be automated with current technology.8

Some economists believe obsolete jobs will ultimately be replaced with different types of work, as they have been in the past. Productivity gains brought about by automation and invention have generally led to more wealth, cheaper goods, increased consumer spending, and more fulfilling jobs in industries that didn’t exist before. For example, in 1900, 40% of U.S. workers were in agriculture, compared with only 2% today.9

If accelerating automation spurs greater productivity and widespread prosperity, it might raise living standards for society as a whole. Workers would have more free time and money to spend on leisure pursuits.

Or Is This Time Different?

There are some who argue that the combination of automation and artificial intelligence could make it harder for workers to make a living, possibly leading to greater inequality and social unrest. Artificial intelligence uses advanced algorithms to sort through immense amounts of data to detect and react to patterns, allowing computers to “learn” from experience and become substitutes for more types of human workers.

In a market economy, adding robots to the workforce increases the overall labor supply, which could drive up unemployment and hold down wages. Even if large-scale deployment of smarter machines doesn’t cause mass unemployment, income inequality could grow, especially if displaced middle-class workers are largely forced into lower-paying jobs. Either scenario could result in a downward spiral of reduced consumer spending that impedes economic growth.

Workforce disruption is a potential risk that may need to be addressed by investment in education and the retraining of affected workers. But technology is changing at a dizzying, unpredictable pace, which could make it hard for policymakers to keep up.

Going forward, the ways in which robots and other automation technologies are deployed will help determine the economic prospects of U.S. workers and the nation as a whole. Nevertheless, tomorrow’s human workers will probably need to learn new skills more often — and be capable of adapting to change more quickly — than previous generations.

This information is not intended as tax or legal advice, and it may not be relied on for the purpose of avoiding any federal tax penalties. You are encouraged to seek tax or legal advice from an independent professional advisor. The content is derived from sources believed to be accurate. Neither the information presented nor any opinion expressed constitutes a solicitation for the purchase or sale of any security. This material was written and prepared by Broadridge Advisor Solutions.  © 2017 Broadridge Investor Communication Solutions, Inc.