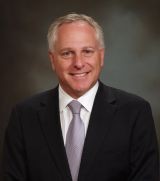 Jeff started in wealth management in 1994 after working in international finance and public accounting. Jeff was attracted to wealth management in order to help people achieve their financial goals which would allow Jeff to utilize his previous work experiences to the benefit of his clients. Jeff graduated from Southern Methodist University with a Bachelors of Business Administration in accounting. Jeff received his Masters of Business Administration degree from the University of Illinois at Chicago. In 1986, Jeff earned the CPA designation (currently non-practicing) and in 1999, Jeff earned the CFP® certification.

Jeff was a very young child when his mother was divorced.  They were on their own for four years until she remarried but it was a terrible divorce for 13 years. It was very stressful for her financially and until she passed away last year, Jeff’s mother had emotional issues with money. But when Jeff became a financial advisor, he quickly learned that his mother was not alone.

Jeff found that many women, even those who are considered highly successful, had a tendency to avoid their financial life so Jeff began to work more closely with them. By understanding what was important to them, by communicating and educating them as to the purpose for the decisions they made together, Jeff noticed an immediate shift in their attitude. They were no longer fearful and became more engaged and confident in their process of planning and investing for their future.

A seasoned professional in the wealth management field, Jeff speaks frequently on topics related to personal wealth management.    Jeff hosts Wine, Women and Wealth events and has done these events for associations and companies. Jeff has a real passion for motivating and educating women to provide options and solutions to empower them in all aspects of life.

Jeff resides in Northbrook with his wife and three sons. He enjoys being involved in the community as a Northbrook Park District Parks Commissioner and coached youth sports for thirteen years. Jeff likes to support various charities. He represented the USA in Rugby at the World Maccabiah Games in 1989, 1993 and in 1997, won a Gold Medal.  Jeff was recently elected to the Maccabi USA Rugby Hall of Fame.

Jeff is currently on the board of the Chicago Lions Charitable Association. They are working on a project with Chicago Hope Academy, an inner-city private high school, to construct a world class sports complex that will provide kids a safe venue for sports. This complex will support inner-city kids to help them achieve an active and healthy lifestyle while enhancing personal development in a challenging environment. This complex will become an integral part of the redevelopment of Chicago’s Near West Side neighborhoods and help mitigate violence in the area through sports.

Wells Fargo Advisors is not a legal or tax advisor. However, I will be glad to work with you, your accountant, tax advisor and or lawyer to help you meet your financial goals. 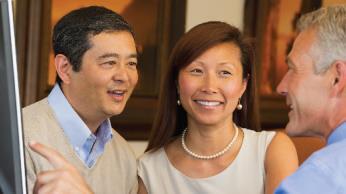