It’s natural — and wise — to examine your financial outlook. A Financial Advisor can provide the advice and guidance you need to focus on your goals. We can help you start planning now for the future. We are backed by the resources, expertise, and investment selection of one of the nation’s most recognized financial services companies. 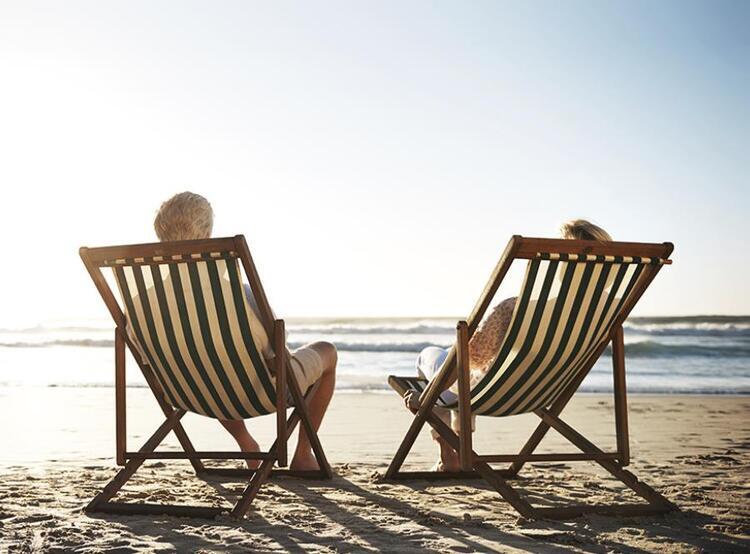 From Dreams… To Goals… To Flexibility… To Confidence

Our goal is to help you take a proactive approach to your personal financial situation. We are dedicated to helping you make sound decisions for your financial future. Helping you gain a better understanding of investing, retirement, estate planning, and wealth preservation. Most importantly, we hope you see the value of working with us to pursue your financial goals.

We believe in empowering our clients with financial knowledge and confidence to help them pursue their life goals. Using customized, goal-oriented investment strategies, we will work with you to create a strategy that works for you.

As a young boy growing up in Eastern Iowa, I dreamed about playing football in the NFL.  I didn’t realize it at the time, (or as my mom continually reminds me, acknowledge it) but I was extremely fortunate to have people around me who gave me the support and guidance that I would require to achieve those goals.  I learned at a young age that a lot is possible if you are willing to work hard, develop a plan, and continually make decisions that will move you in the direction of your dreams and goals.  That attitude and work ethic lead me to fulfill two childhood dreams of playing football for Hayden Fry and earning a business degree at the University of Iowa.

My first day as an Iowa Hawkeye football player was met with the realization that I was 6B on the depth chart of 7 tight ends.  I had a lot of work ahead of me!  Over the next four years I earned four letters, was voted team Co MVP for the 1987 and 1988 seasons and was co-captain in 1988 when I led the Big Ten Conference in receiving and was selected as a consensus All American.

I was then selected as the 63rd pick in the 1988 NFL draft with the New England Patriots where I earned Pro Bowl selections during the ’91 and ’92 seasons.  During the time, I was aware of the statistic that the average career of a NFL player is 3.2 years so I began to plan for life after football.  I participated in the NFLPA’s Internship program and began working during the off season at Merrill Lynch in Cedar Rapids, Iowa.

After retiring from the NFL in 1995, my wife Tracy and I started our family with the first of our three children Drew.  Daughter Logan and son Ashton followed in 3 year increments.  In late 1997, my dreams led me to my current position as a financial advisor.   After working ten plus years in the financial service industry, I have realized the values that football taught me (i.e. discipline, hard work, dedication, commitment, and sacrifice) correlates directly to the investment planning industry.

Investment planning at its core is about picturing the outcome you desire and then developing a plan and action strategy to work towards making those desired outcomes a reality.  We all by nature desire great things.  The key difference is that often we don’t follow up with the plan or the work that needs to be done to make it come true.  Over my 45 years, I have observed some of the very best parents, friends, coaches, players, teachers, business owners, writers etc.  The fundamental lessons I have learned from them about success have been paramount to my development as a parent, son, coach, friend, and financial advisor.  They all have had passion for what they are doing, a desire to get better each and every day, and most importantly, a clear vision of what it takes to be successful in their chosen field.  I have the greatest career in the world!  I am able to share in the accomplishments; setbacks, and ultimately the journey alongside others/clients/friends who are also striving to live the only life they have to the best of their ability.

Tyler's financial planning process consists of a thorough and ongoing understanding of each client's goals, objectives, and risk tolerance levels.  Tyler helps his clients work toward their financial goals by setting up prudent investment strategies, and then continually updating and monitoring these strategies.

Tyler is a graduate of DePauw University.  He lives in West Des Moines, Iowa with his wife Kristin and four children.