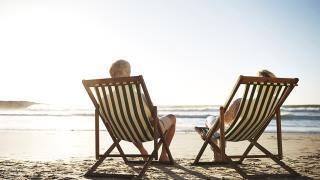 We believe in empowering our clients with financial knowledge and confidence to help them pursue their life goals. Using customized, goal-oriented investment strategies, we will work with you to create a strategy that works for you.

John’s depth and breadth of experience, notable tenure with Wells Fargo Advisors, and community commitment are what differentiate him. He has been an advisor with the firm since starting his career in 1995, and today works with individuals, families, and nonprofits to help them make informed financial decisions and achieve their goals. He takes great pride in playing a key role in impacting lives through managing endowments, charitable trusts and foundation assets, resulting in grants that make a difference in his own community.

As a child, John’s family lived all over the country following his father, who was an Air Force pilot. Though proud of his father’s service, John wanted to build a life grounded in stability, which is what he has done in Victoria, where he settled after college, and with his long Wells Fargo Advisors career. As an advisor John has received multiple industry recognitions, including Forbes Best in State in 2018 and 2019, Barron’s Top 1000 Advisors in 2013, and OnWallStreet 40 Under 40 in 2011 and 2012.

John and his wife, Melody, have a daughter, Mabry, who was diagnosed with autism at age 3. When they sought a differentiated educational experience for her, they discovered one was not available nearby. So they took the lead to create it — for Mabry and to serve the community need. They established The Vine School, a private 501(c)3 school for children with autism, communication disorders, and learning disabilities. The school began with 4 students in 2008 and today has more than 40. John has been President of the school’s Board of Directors since its opening day. When not at work or at the school, John can be found playing golf or reading spy novels.

1Ranking algorithm based on industry experience, interviews, compliance records, assets under management, revenue and other criteria by SHOOK Research, LLC, which does not receive compensation from the advisors or their firms in exchange for placement on a ranking. Investment performance is not a criterion.

2The rankings are based on data provided by over 4,000 advisors. Factors included in the rankings were assets under management, revenue produced for the firm, regulatory record, quality of practice and philanthropic work. Investment performance isn't an explicit component.

3The OnWallStreet 40 Under 40 ranking is not an endorsement and is based strictly upon assets under management and trailing twelve-month production. The ranking is not indicative of past or future investment performance.

Aaron has been sitting in the same seat since 2006. That stability and consistency is a real value to his clients, many of whom have counted on him throughout his career — and will continue to for the duration. Aaron is proud to have built strong long-term relationships with clients, including individuals, couples, sole proprietors and small businesses who rely on his guidance to help them achieve their financial goals and establish retirement plans. He believes every client is unique, and strives to fully understand each client’s priorities and circumstances in order to provide the best advice possible.

Aaron holds himself to a high standard in everything he does. He is proud of his commitment to traditional values like honoring your word, the value of a handshake, and that actions speak louder than words — all attributable to his small-town upbringing. He is known as a straight-shooter who is easy to talk to and always gives 100 percent.

Aaron grew up in Port Lavaca and returned to South Texas after college to be near family and in the area he loves. He and his wife, Devon, have three children: Ellyson, Chayson, and Brennon. Aaron is an active community volunteer. He is a former board member of the Education Foundation of Calhoun County and served on the selection committee for the Victoria County United Way. A competitive BBQer, he is the cook for the Buyer Appreciation Dinner at the Victoria Livestock Show and does BBQ fundraisers for local people and causes. He is also an accomplished woodworker and welder who builds items for use in charitable auctions. In addition to building and BBQing, he enjoys fishing and spending time with his family. 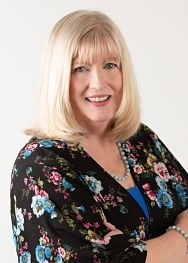 Private Wealth Senior Registered Client Associate
Phone: 361.574.5509
Email: pamela.james@wellsfargo.com
Pam has been helping people with their financial lives for nearly 50 years. Her background includes a 25-year banking career, culminating with a position as Vice President of Bank Operations and Financial Services, followed by 5 years as a financial advisor before she joined John Handley as his assistant in 2005 — a role she has now held for more than 15 years. Today she is responsible for ensuring the office runs efficiently and effectively as well as personally assisting clients with their investment and personal needs. Whether the task is large or small, Pam is quick to jump in and help clients and colleagues alike, and her extensive experience makes her a knowledgeable and reliable resource for both.

Pam values the strong relationships she has built with clients, and recognizes many of them by voice when they call. Steadfast and unflappable, she is known as a professional who can be counted on to do whatever is necessary to get a job done and done well. She is personable and purposeful, and takes pride in the opportunity to make a difference for people every day.

Pam has lived in Victoria since she was 4 years old. She and her husband, Bob, have two adult sons, Joey and David, and four young grandchildren. Pam loves being a grandmother and doing fun things like baking cookies, making art projects and having water balloon fights with her grandchildren. She is an avid gardener who grows prized plumerias. Pam also enjoys jigsaw puzzles, walking at the creek near her home, spending time with her rescue dog and cat, and helping to take care of her family’s menagerie of pets. 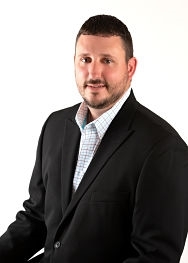 Private Wealth Senior Registered Client Associate
Phone: 361.574.5123
Email: eric.k.heidrich@wellsfargo.com
Eric has been putting customers first since joining Wells Fargo Advisors in 2007. He believes customer service is a lost art in today’s world, and strives to deliver an exceptional level of service to clients and colleagues every day. He is driven by his passion for doing good for people, and always aspiring to uphold the Golden Rule. As Aaron Ralston’s assistant, he interacts daily with clients to answer questions, address requests, solve challenges and help manage their accounts. In addition, he is responsible for ensuring day-to-day office operations run efficiently and effectively.

Eric credits his strong work ethic to how he was raised, and his ability to successfully interact with many different people to his diverse early career background, which includes roles as a fiberglass boat builder and gas treatment plant operator. He is a responsive, hands-on professional with remarkable attention to detail and seemingly limitless energy. A problem-solver in and out of the office, Eric takes pride in being able to find a solution for anything — and won’t quit until he does.

Originally from Bay City, Eric lives in Victoria with his wife, Kristi, who was his college sweetheart, and their two young children: Hatley and Holden. His two passions are his family and helping people. He is an active volunteer in his church and uses his woodworking skills to build items for charitable auctions in his community. He enjoys being outside and working the land on his tractor. He is also an accomplished cook known for BBQing meat and cooking fried rice hibachi-style on his flat top, which is a particular favorite of his kids.