We provide advice, guidance, and resources for all aspects of your financial life.

Since joining the financial services industry in 1996, Bill has built a wealth advisory team at Wells Fargo Advisors, bringing together a group of key professionals and financial advisors to provide innovative and comprehensive services to clients. As a Private Wealth Financial Advisor, Bill develops and implements a customized approach for building wealth through goal-based planning and sophisticated investment strategies.

Bill began his career in 1996 as a financial advisor with Prudential Securities. Subsequently, he spent seven years at Merrill Lynch before moving his practice to Wells Fargo Advisors in 2006. By combining best practices gained through his extensive experience with the resources of Wells Fargo Advisors, he has created a wealth advisory and client service approach that seeks to exceed clients’ expectations year after year.

Throughout his career, Bill has earned numerous awards and acknowledgements. His most recent accolades include being named among Barron’s *“Top 1,200 Advisors” annually from 2010 to 2019.

In his free time, Bill is very involved in the Charlotte community and Forest Hill Church. He supports numerous local charitable organizations, including the American Heart Association, The Relatives, the Good Fellows Club, the Cystic Fibrosis Foundation, Youth Commission, Charlotte Rescue Mission, Dove's Nest and The Mint Museum. Bill lives in the Myers Park area of Charlotte with his wife and two children.


*Barron's Top 1,200 Advisors - Barron's Magazine - The rankings are based on data provided by thousands of advisors. Factors included in the rankings were assets under management, revenue produced for the firm, regulatory record and client retention. 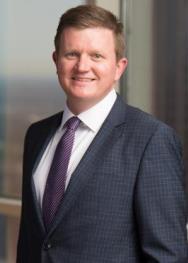 As a Financial Advisor, Thomas provides expertise and guidance to help clients develop and maintain properly diversified portfolios right for their investment objectives. He joined the team in 2006 after graduating from Florida State University with a bachelor’s degree in finance and real estate and a minor in applied economics.

Outside the office, Thomas is a benefactor for the United Way of Central Carolinas and the Arts and Science Council. He is also a member of the Florida State Seminole Boosters, and he enjoys golfing, tennis and fishing in his spare time. 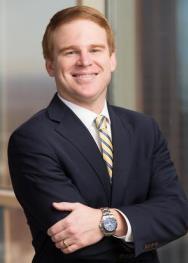 Thomas has worked as a Financial Advisor since joining the team in 2010. By focusing on each client's unique needs, he develops strategies designed to help them reach well-defined goals. He graduated from Florida State University with a bachelor’s degree in finance and accounting. 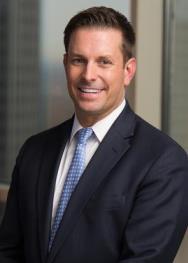 Paul is a Financial Advisor for the team, and he focuses on getting a clear understanding of the current financial situation, goals and risk tolerance of his clients before making investment recommendations. He started his career in the financial services industry in 1997 with First Union. Through dedication and commitment, he continued to service his clients through the mergers of First Union Securities, Wachovia Securities and Wells Fargo Advisors. Most recently, he has been an integral part of the growth and expansion of The Oliver Private Wealth Management Group since 2010.

Paul received his bachelor’s degree with a concentration in business finance from Winthrop University. In addition, he has earned the CERTIFIED FINANCIAL PLANNER™ certification from the Certified Financial Planner Board of Standards, which he believes to be an essential resource as he helps his clients pursue their financial goals.

Outside the office, Paul likes to participate in many civic and community organizations, including the American Heart Association, the Men’s Shelter and the Association of Estate Planners, and he is a devoted member of Myers Park United Methodist Church.

Matt is a Financial Advisor dedicated to helping individuals meet their financial needs by developing investment plans around their long-term goals and risk tolerance.

With experience in financial services dating back to 1994, Matt began working as a financial advisor with Prudential Securities after graduating from Virginia Tech with a degree in finance. He later joined Wachovia Securities (a predecessor firm of Wells Fargo Advisors) in Virginia before moving his practice to Charlotte in 2001, where he is now with The Oliver Private Wealth Management Group.

Away from the office, Matt is an active member of his church and volunteer at his children’s school. He enjoys playing golf and spending time with his wife and their three children. 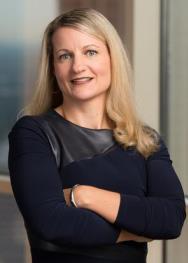 Danielle is a Senior Registered Client Associate with Wells Fargo Advisors in Charlotte, NC. She has been with Wells Fargo & Co. since 2006. Backed by more than a decade of experience, Danielle is dedicated to helping high-net-worth clients meet their financial needs. She believes in delivering vastly personal service with a continued focus on the total client experience.

Prior to joining Wells Fargo Advisors, Danielle was a Client Associate with Merrill Lynch where she began her career in the financial services industry in 2001. In that role, she was responsible for the development of new and existing affluent client relationships that included working with several different Financial Advisors. She then joined Wachovia Securities (a predecessor firm of Wells Fargo Advisors) in 2006 with The Oliver Private Wealth Management Group.

Danielle is originally from Syracuse, NY. She received a bachelor of business administration degree with a concentration on management from the University of Phoenix. She enjoys spending time with friends and family, traveling, and running.

Dylan joined the Oliver Private Wealth Management Group in October 2019. He began his career in the financial services industry with Wells Fargo Community Banking in 2013 after obtaining his bachelor’s from the University of South Carolina-Aiken.

Dylan is originally from Aiken, SC, but has lived in the Charlotte area since 2014. He is a travel enthusiast and avid “foodie” always on the hunt for the best restaurants in Charlotte and abroad. 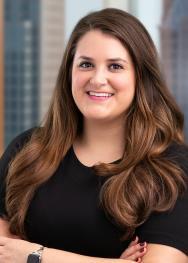 Kathryn joined The Oliver Private Wealth Management Group in September 2018. Prior to joining Bill’s team, she was a Service Manager in Wells Fargo & Company’s Charlotte market. Kathryn started her career with Wells Fargo Community Bank in 2014. She graduated from St. Bonaventure University in the spring of 2014 with a Bachelor of Business Administration in Finance.

Kathryn is originally from Rochester, NY, and while visiting the area decided to move to Charlotte after she graduated college. Kathryn enjoys being active with her golden retriever and spending time with friends and family.

Sunshine joined Wells Fargo Advisors in the spring of 2014. Prior to joining Wells Fargo Advisors, Sunshine was a Client Service Associate with UBS Financial Services where she served as a key member of the Estate Team. Sunshine began her career in the financial services industry with Raymond James Financial in St. Petersburg, FL, before moving to Charlotte, NC in the summer of 2011.

Sunshine is originally from Phoenix, AZ. She graduated from University of South Florida in the spring of 2008 with a bachelors of science in finance. During her free time, Sunshine enjoys reading, working out, traveling and spending time with friends and family.