We want you to be a confident investor so you can work toward your life goals and dreams. We will strive to empower you through customized, goal-oriented investment strategies. Long-term relationships are built on the trust we aim to earn through integrity, hard work and service. 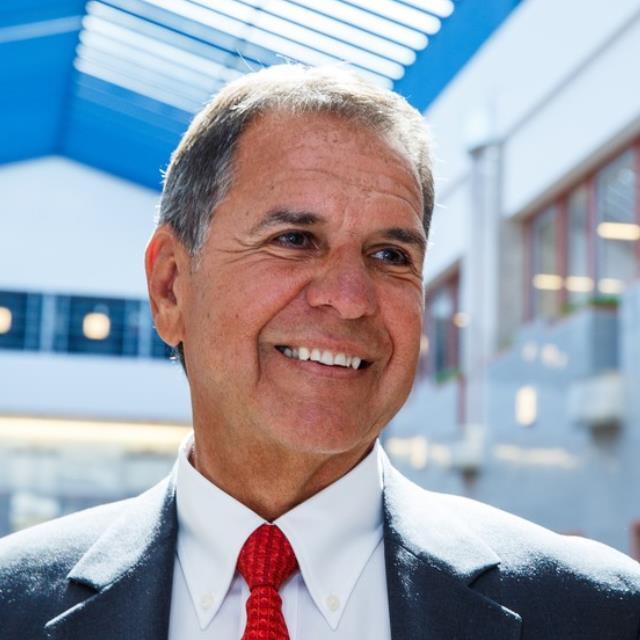 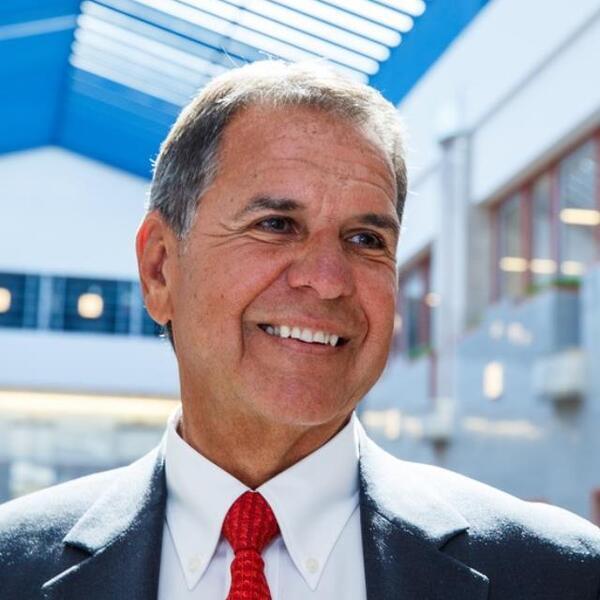 With more than 37 years in the industry, Manny is dedicated to helping clients meet their financial needs in any way that he can.  He owes a lot of his success to having been an educator first.  Prior to entering the financial industry, Manny found a passion in teaching and began his career at Rahway High School in New Jersey after receiving his undergraduate degree from Rutgers College.

Due to his background in education, he has made client education a key component to our family's investing approach.  We want to be sure our clients and their families' financial knowledge grows and is passed on throughout the generations.

Prior to founding Rey Financial Group of Wells Fargo Advisors, and now Wells Fargo Advisors Financial Network as of 2019, Manny was associated with the investment firms A.G. Edwards (Short Hills, NJ), Merrill Lynch (New York, NY), and First Fidelity Bank (Newark, NJ). His previous responsibilities have included sales, marketing, international credit analysis, letters of credit and trading foreign currencies.  His current licenses are the following:
Manny emigrated from Cuba in 1961, and as such, understands the importance of giving back to a community that was so welcoming to him.  Obstacles many immigrants face include regaining financial independence and navigating the intricacies of the United States' financial markets.  As such, he is a regular guest speaker for various institutions and associations, including the New Jersey Hispanic Lawyers Association, CNN Telemundo, Univision, Barclays Bank, Republic International Bank of New York, Seton Hall School of Law and the New York Hispanic Medical Association. He has also hosted and produced a cable program about investments, which aired for five years in Hudson County.

Manny is an alumnus of Lead New Jersey (LeadNJ) and currently sits on the organization’s Board. Lead New Jersey nurtures and cultivates a robust network of informed and prepared leaders who work to make New Jersey a better place to live and work. Through timely leadership training and thought-provoking civic engagement opportunities, Lead New Jersey educates, transforms, and empowers our state’s next generation of leaders from the public, social, and private sectors.

He and his wife, Linda, live in Cranford, NJ. 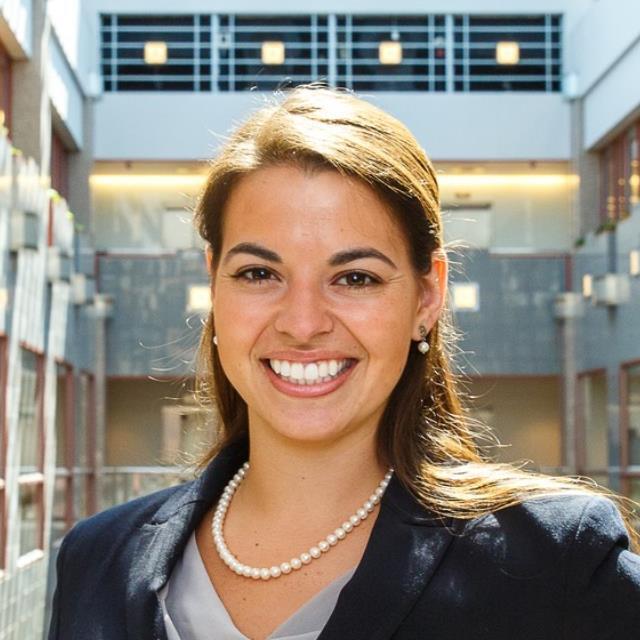 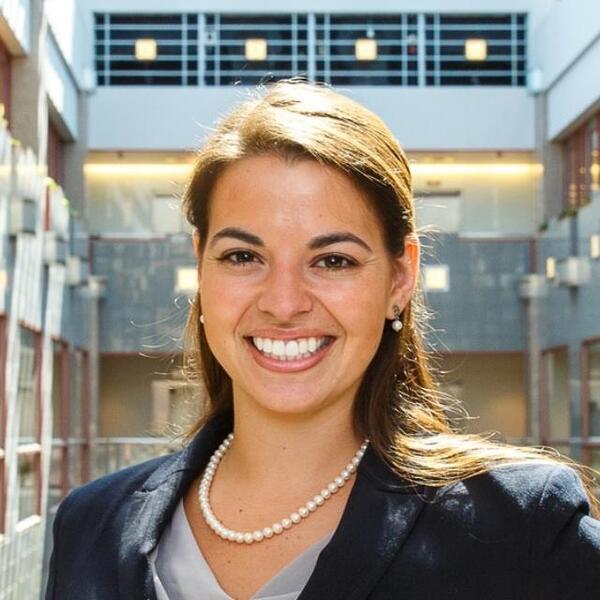 As a CFP® professional, Ashley focuses on developing goal-based investment strategies for the Rey Financial Group’s high net worth clients.  She utilizes the breadth of Wells Fargo Advisors’ technology, including their Envision® Process, when preparing their clients’ written plans.  In addition to focusing on goal-based planning, Ashley also concentrates on manager review and asset allocation strategies for the team.  Ashley believes that knowledge is power, and with that knowledge she is not only committed, but passionate in helping her clients achieve their short term and long-term financial goals.  Ashley’s ongoing pursuit of industry knowledge provides her with up to date information in the political and economic climate, which in turn aides her in making sound recommendations to her family’s clients.  One of Ashley’s fortes is assisting clients to evaluate their current position, and how she can help them track towards their retirement goals.  As a CDFA® professional, Ashley helps her clients and their attorney to recognize how the financial choices they make today will impact their financial future.

As a child, Ashley watched her father go to work each day with a passion for what he did.  Coupled with her natural interest in economics, led her to graduate Vassar College with a BA in Economics, with departmental honors.  Prior to joining her family at the Rey Financial Group, Ashley gained invaluable experience in the tax and estate planning department of Stern and Kilcullen, LLC and at Goldman Sachs’ private wealth management division.  Ashley continues to advance her knowledge depth and education by regularly participating in industry seminars and conferences.  A CFP® professional, Ashley takes pride in upholding the high ethical and practice standards established by the CFP® Board. She currently holds the following designations:

While an undergraduate, Ashley was the captain of Vassar’s Varsity Field Hockey and Women’s Lacrosse teams. Taking on leadership roles has continued through her career. Her term ending in 2021, Ashley acted as Chair of the NJ Audubon’s Board of Directors, the youngest Chair in the organization’s 100+ years. New Jersey’s Audubon is the largest state-wide organization that aims to connect all people with nature and steward nature of today for all people of tomorrow. Ashley continues to be active with the organization, as a committee member, with a personal focus on expanding hands-on environmental education in inner-city schools, with particular interest in S.T.E.A.M (Science, Technology, Engineering, Arts, and Mathematics) curriculum.

To further develop her leadership skills, Ashley applied to LeadNJ, a non-profit that opens challenging possibilities to a highly select group of Fellows to learn the vanguard issues that shape our lives, to link directly with talented leaders who are making a difference around the state today, and to lead a as champion of their own ideas and values going forward. As a LeadNJ alumnus, she strives to make NJ a better place for current and future citizens.

In her spare time, Ashley volunteers with various organizations as her time allows.  Because of her commitment and dedication to the community, Ashley has repetitively been a distinguished recipient of the Wells Fargo Volunteer Service Award.  Ashley also enjoys hiking/birding, reading, running, and spending time with family and friends. Ashley is a resident of Warren with her husband George and their rescue dog Ruby.

The use of the CDFA® designation does not permit Wells Fargo Advisors or its Financial Advisors to provide legal advice, nor is it meant to imply that the firm or its associates are acting as experts in this field. 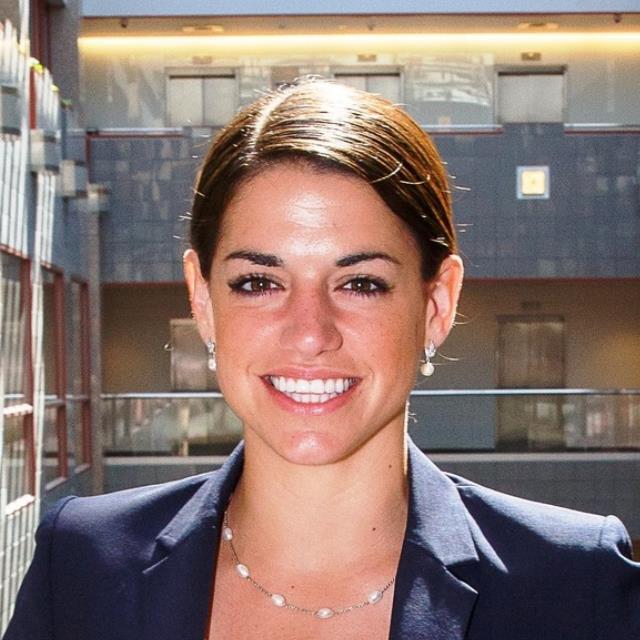 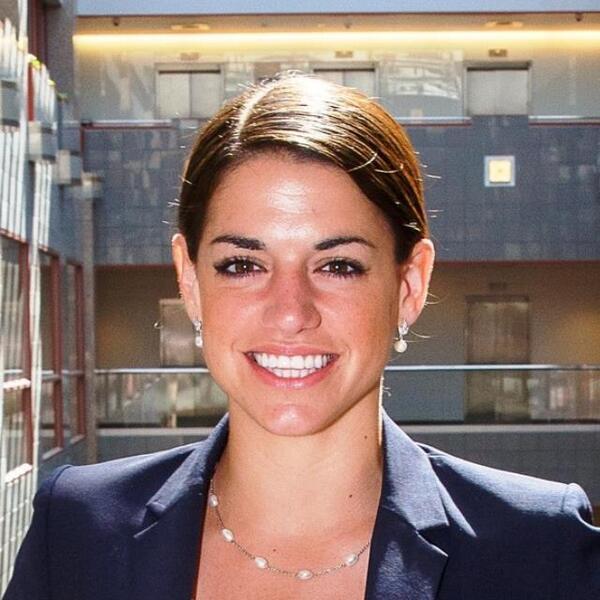 Jaclyn began her professional career at A.G. Edwards & Sons, Inc., co-founding Rey Financial Group in 2007.  She has more than 16 years’ experience in the financial services industry and is the creator of our current service-focused practice and an integral part of the team.

Jaclyn was first inspired to join the investment planning field by her father, a financial advisor. Seeing the meaningful, positive impact he had on his clients’ lives encouraged her to follow in his footsteps. Now Branch Manager, Jaclyn has spent her entire career ensuring her clients feel heard and puts complex investment strategies in layman’s terms to help clients remain informed every step of the way, enabling them to select the best investments for their lifestyles.  Before establishing Rey Financial Group, Jaclyn built on her financial experiences at Wachovia Securities, A.G. Edwards & Sons, Inc., and Spencer Savings Bank.

An alumnus of Quinnipiac University in Hamden, CT, Jaclyn holds a degree in Public Relations, with a minor in Psychology.  She campaigns Rey Financial Group's client appreciation events and educational seminars, understanding that knowledge empowers our clients to make better decisions. She also spearheads Rey Financial Group’s insurance and college planning strategies, knowing that for many of her clients, the financial goals extend to the next generation. Jaclyn upholds the following licenses,
Jaclyn helped establish and served as a board member of Wells Fargo’s Northern New Jersey Latin Connection Team Member Network.  In 2009, Jaclyn was awarded the United States Hispanic Advocacy Association's (USHAA) Golden Hammer Award for leadership contributions and selfless service.  She has served as a guest speaker during Wells Fargo Advisors orientation for new Financial Advisors and has been quoted in Quinnipiac University Business Magazine, Wells Fargo Advisors' Spotlight Magazine, and Wells Fargo Advisors' Advisor News. Dedicated to giving back, she has also acted as a mentor for inner-city youths for Minds Matter in New York City.

Jaclyn has completed multiple marathons including the New York City Marathon and continues to regularly compete in long-distance running events.  She is a member of the Women's Golf Association of New Jersey (WGANJ).  In addition to running and golfing, she enjoys any endurance activities that challenge her mentally and physically.

Jaclyn lives in Hoboken, NJ with her husband, Matt, and daughters Natalie and Elise. 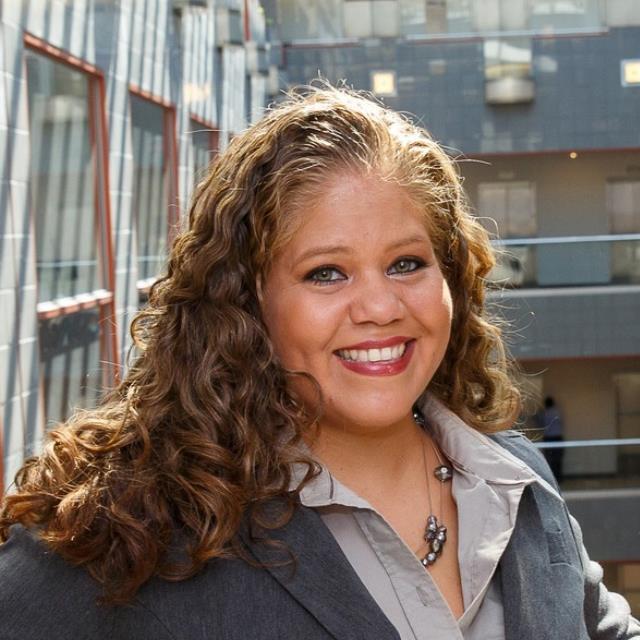 Marisol is the backbone of Rey Financial Group.  Prior to joining the team, she was a Client Associate with A.G. Edwards and has been serving her clients within the Wells Fargo Advisors family for over 10 years.  Earlier in her career, Marisol gained invaluable customer service experience at Franklin Bank, now TD Bank, and Valley National Bank.

As a client, you will welcome Marisol’s helpful and outgoing disposition, as well as her passion to exceed our clients’ expectations.  Amongst her daily responsibilities, Marisol assists with account questions and updates, processes payments, checks, transfers, and applications.  She also works with our clients to provide beneficiary reviews, estate processing, and wires, just to name a few.  In 2019 Marisol received her Certificate of Notary Public in New Jersey.  Her commitment and care for our clients and their families is unparalleled.

Outside of the office, Marisol is a dedicated mother to her sons, Xavier and Christian.  She and her husband, Marcos, live in Belleville, NJ with the boys.